What Would You Find in Witchcraft Books? 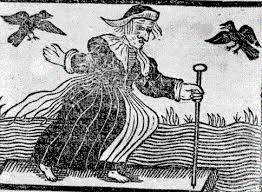 ou won’t be dragged to torture or be burned at stake for possessing one! The jokes apart, witchcraft had been once persecuted as the most heinous of crimes possible by a person. In the medieval era in Europe, over a million women were put to death in the most cruel ways by the church. In the male dominated times of the middle ages, there was hardly anyone to do anything against such atrocities either! Now, people openly practice whatever religion or faith they want to, as long as they do not cause harm or interfere in someone else’s life.

Witchcraft books aren’t works of the devil or incantations to summon demons as many orthodox minded people will tell you. It is in fact a culture older than  most other religions, that believes in worship of nature, spirit, life, and a power just like any other god. The difference is that over the years, their rituals and customs have been condemned as ‘evil’ and ‘harmful’ and such beliefs have been passed down through the generations. Thus, when you ask a child what he or she understands by the word witch, the answer is most probably some evil and warty hag.

Often, people picture witches brewing foul looking potions and concoctions in cauldrons. In fact, ancient healers used to make various natural potions to help heal the ailing and diseased. These have been interpreted as an act against god. Witches have also been seen with brooms. Most witchcraft practices require the rituals to be held in the open woods. They also need to clean the area of their ritual like any temple or shrine. So the brooms were for sweeping leaves, not flying off to the moon! As for the black cat that has often been depicted as a witch’s companion; mostly, that’s just a cute pet like your house-cat!

Reading a witchcraft book , or reading about the subject will perhaps help you understand the philosophy behind it better. If you are reading this article, chances are, that you’re already into witchcraft, or you’re deeply interested. It’s a perfectly healthy subject of study, and no matter what people claim, witches are by far less evil than some of our politicians! There are books that tell stories related to witchcraft, and witchcraft books that speak of rituals and philosophy of the belief. You can select one from a variety of online bookstores according to what you want to read.

Have you got an interest in witchcraft books and want to read a story about the topic? ‘The Endless Hour’ by Jesse Battle involves a lot of subjects from death experience to witchcraft.